This is an account of the school experience of one member of our community. Unfortunately, it will resonate with many. Happily, they have found a novel solution which works for them and we thank them for sharing it with us. 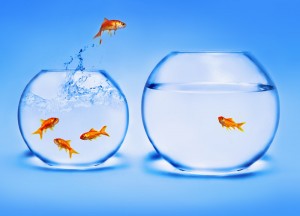 The biggest favour the school ever did us was to tell me my child was “retarded”.

Sorcha was six and a half and I had been short-listed for a job that would see us moving abroad. The school I wanted her to attend had sent a form for her current teacher to fill in. (In the end, I didn’t get the job, but the insight I eventually got into my child was far more valuable). On this form, Sorcha’s teacher highlighted her concern with Sorcha’s ability in the areas of maths, language and social skills. According to the teacher, Sorcha was ‘markedly developmentally delayed’ in these areas.

Two things about this shocked me; firstly, this was Sorcha’s third year in primary school – and she’d spent a year in a reputable Montessori preschool before that. Why, if she was so profoundly unable to cope, had no one brought it to my attention earlier?

Secondly, this issue was brought to my attention a month after Sorcha had figured out how to do division in her sleep. She woke up one morning and said ‘Mum – you know the way multiplication is just adding, but loads? Well, there must be a way of doing take-aways like that as well, because….’ and she proceeded to tell me what she’d been doing in her sleep – which was division.

How, I wondered, was it possible for a child who had that capability to be worryingly weak at maths? Then, I thought, that maybe ‘normal’ children were able to figure division out when they were only three or four years old.

Feeling guilty for failing my child, I decided it warranted further investigation. Somewhere, I had heard about the CTYI http://www.dcu.ie/ctyi/index.shtml‎ and I learned, from their website, that were testing children a fortnight later. I decided to book Sorcha in for testing so I could determine how far down the scale from ‘normal’ she was.

When the test results came back, they indicated that Sorcha was, actually, highly intelligent and she was invited to take part in CTYI classes. Armed with this information, I decided it was time to have my daughter more comprehensively assessed.

I contacted Nicky O’Leary who ran a series of psychological tests and conducted an assessment based on feedback from both Sorcha’s teacher and myself. Dr O’Leary confirmed that Sorcha was at the high end of gifted and made a number of suggestions with regard to how Sorcha could best be helped. The school, unfortunately, refused to engage. The principal refused to honour her promise to carry out the recommendations of the educational psychologist ‘to the letter’.

The final straw was when my daughter confided that going to school made her want to ‘make myself die’. I removed her from school and registered to home school her.

We spent a marvellous year together working from home. I was lucky – I was doing an MA myself, so was able to devote the time and energy necessary to Sorcha. Quickly, I found out that she is a a very independent learner and all she wants to is to be allowed to learn.

Part of the reason that homeschooling was such a success for us is that I knew it was only for a year. I had already secured her a place at the John Scottus School. Very candidly, the school principal cautioned me that there are certain children for whom school is not the answer – that certain children need to be educated outside the formal structure of an establishment. Still, Sorcha had a trial day at the school and loved it.

We were delighted when she started school in September. It’s a 50km round-trip, but its worth it. My daughter’s confidence has increased to the extent that, as one of my neighbours said, ‘it’s like someone has turned a light on inside her’.

Sorcha, however, only goes to school three days a week. For the other two days, she attends The Rye Institute in Maynooth. There, she is tutored – at her own level – in science, maths, English and Spanish. The difference this has made to her is immeasurable. It is a perfect solution. For three days a week, Sorcha is with children her own age, and with whom she can talk about all the things that interest nine year-olds. The other two days of the week, she is working on her novel, reading Shakespeare, learning a new language, working her way through the junior certificate maths curriculum and figuring out how to do things like extract DNA from a cell.

My child is the happiest I have ever seen her. She is receiving a properly rounded education; Her intellect is being stimulated and she has friends of her own age to talk about her love of pugs and recent movies. She is confident and engages with life in a way I never thought possible – full of mischief and joy in equal measure.