This group has been running since May 2009 and now includes over fifty families. However, the core group is closer to twenty and we rarely manage to get ten of us together at the one time!  In order to facilitate as many members as possible, we use different venues and offer morning and evening sessions.

Morning sessions are always informal and involve coffee, buns and a chat. They take place at venues such as  The Vanilla Pod in Carrickmines,  Salt in Monkstown or Avoca Handweavers in Kilmacanogue and are often arranged at relatively short notice. If anyone hits a problem, we can muster for a natter at very short notice!

Evening sessions take place at the Glenview Hotel in Glen of the Downs, usually at 7.45pm on a Wednesday evening. We usually pick a topic for discussion and book a meeting room. (Hence, we would appreciate it if you could let us know if you plan to come, so that we have an idea of numbers).  The cost of the room is divided between the attendees but never amounts to more than 5 euro each.

Outings with kids: We have managed a few of these, but they are hard to arrange as families have kids of various ages who don’t necessarily want to mix and people have many other commitments. They can be great fun, though.

We are always delighted to welcome new faces and members from other groups. If you would like to contact us, please drop us a line to gaswicklowdublin[at]gmail[dot]com 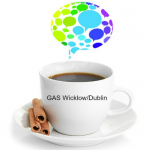 Topic: Anxiety in the Gifted

Over the years, we have been involved in several advocacy projects:

February 2011: We wrote a  submission to the Draft National Plan for Literacy and Numeracy Improvement in Schools. As representatives of a Special Educational Needs group, two of us were invited to a consultation meeting with the review body on 18th April where our input regarding the needs of gifted learners was well received. On 8th July, we attended the official launch of the new initiative.

March/April 2011: To promote EU Talent Day in Ireland and to organise Ireland’s first National Gifted Education Awareness Day, we teamed up with Peter Lydon. This was a huge success, with official support forthcoming from bodies such as the NPCpp, NAPD, ASTI and, most notably, the Department of Education itself. Ruairi Quinn voiced his own support for the initiative in a quote acquired by journalist and GAS member, Natalie Butler. As a result of National Gifted Awareness Day on 8th April, every one of the 4100+ school Principals in Ireland received a poster and a leaflet about gifted education, made possible by the generous sponsorship of KPMG.

September 2013: We unveiled Gifted Ireland. Through this new project, we look forward to teaming up with other support groups around the country in the future to form a loud and effective voice of advocacy on behalf of our children.